How do I size the EUM Server and Events Service? 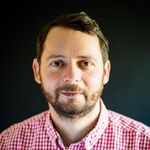 The following tables contain data based on EUM Processor and Events Service load testing combinations under synthetic load. The tables have been normalized.

Once the EUM traffic profile has been estimated, you can use these maximum load measurement results to establish which T-shirt size the EUM Processor and Events Service should be.

If you plan to consume more than one type of traffic, then you should add EUM loads using beacons, and add Events Service loads using Normalized Performance Events.

The Events Service node network setup used in this example has speeds of >= 1 GBPs. Latencies are similar to a switched network, such that:

If SaaS deployment is not an option, consider splitting the deployment on the Application level into multiple accounts and multiple controllers.

AppDynamics strongly recommends using SSD-backed instances for Analytics—SAN is not recommended. This is because AppDynamics follows the official Elasticsearch hardware guidelines, configurations vary widely, and AppDynamics cannot guarantee that a particular SAN configuration is supported.

Finally, you should avoid network-attached storage (NAS). A NAS solution is often slower, displays larger latencies with a wider deviation in average latency, and is a single point of failure.

The following table shows the recommended number of nodes and node configuration for each T-shirt size.

See Stipulate throughput by license type in the Quick Method.

Once you determine your T-shirt size, refer to the non-virtual hardware specifications that correspond to the relevant EC2 instance size:

The Events Service should be on separate, dedicated server(s).

We assume a replication factor of 1 for Elasticsearch. Performance tests show that there is an upper limit to the average CPU performance of a cluster. Due to the replication and synchronization of Elasticsearch node segments, the limit decreases as the number of nodes increases.

Not enabling Elasticsearch replication has both risks and benefits:

Since Elasticsearch builds in redundancy with replicas, there is no need for RAID configurations other than RAID 0. For this reason, Elasticsearch recommends using RAID 0 and increasing write throughput.

If RAID (1,3,5) replication is selected, AppDynamics does not provide support for disk performance or data integrity issues.