I created an exit point to track calls to java.sql.Connection.isValid() but it doesn't work.  Since then I've been seeing this error in the agent logs:

@Ryan.ParedezThere is no way for someone to solve this problem without seeing the log message. 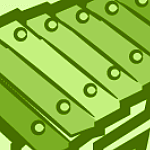 Casting is the process of type conversion, which is in Java very common because its a statically typed language. Type Casting only works when the casted object follows an is a relationship to the type you are trying to cast to. ClassCastException is a runtime exception raised in Java when you try to improperly cast a class from one type to another. It's thrown to indicate that the code has attempted to cast an object to a related class, but of which it is not an instance. It is good practice to guard any explicit casts with an instanceof check first:

In general, that's what a cast means: it tells the compiler that even though this assignment might fail, you're pretty certain that it won't. In exchange for allowing the code to compile, you assume the risk of a run-time exception.

Here are some basic rules to keep in mind when casting variables:

Even when the code compiles without issue, an exception may be thrown at run time if the object being cast is not actually an instance of that class . This will result in the run time exception ClassCastException.