New in March 2020: AppDynamics is switching to calendar versioning, why? 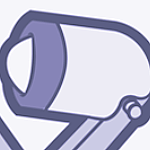 Everything you need to know about AppDynamics’ new release versioning format

What is Calendar Versioning?

Beginning in March 2020, AppDynamics will switch from Semantic Versioning to Calendar Versioning for the entire product suite to help you more easily understand the length of support, compatibility, and stability of any release.

Why are we switching to Calendar Versioning?

Will Calendar-based version component(s) work with previous versions of the Controller and Agents?

We release a new version only when it contains net new functionality or a fix. We may not release versions in every month if there are no new changes since the last release. In cases where we don’t release a new version within consecutive months, you may see a gap in versioning. For example, while the version of Enterprise Console released in March would be 20.3.0, if the next release isn't until June, its version will be 20.6.0.

Who do I reach out to if I have further questions or problems?